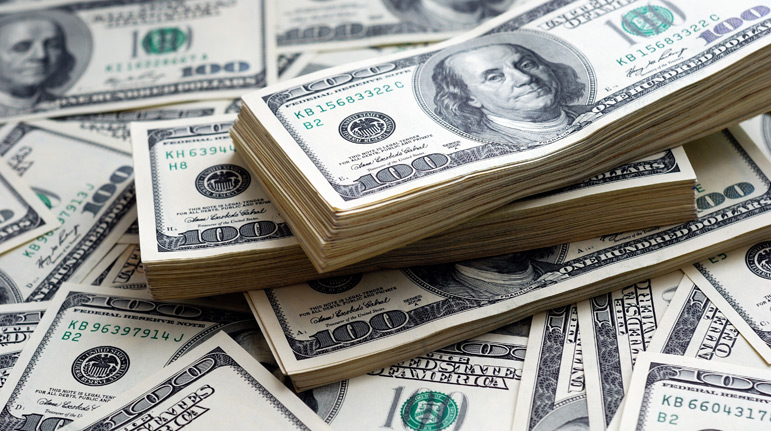 If I were a Rich Man

Richard Earlstein, an economic historian with the University of Southern California, did an eye-opening study. He compared the relationship of increasing income and happiness. He found that, although the gross domestic product per capita in the U. S has more than doubled in the past half century, there has been absolutely no improvement in the percentage of happy people. Which effectively means, that we have more than twice the goods available to each consumer, as compared to 50 years ago; twice as many cars, twice as many refrigerators, twice as many homes, yet we aren’t any happier.  He goes on to say, “Even though each generation has more than its predecessor, each generation wants more.” He points out something even more interesting: One of the most enduring cultural beliefs is that another 20% increase in our income would make us perfectly happy. But it just isn’t true. Because no sooner do we get that 20% increase, than we need more, and we enter into this unending cycle.

Do you remember the song from Fiddler On The Roof, “If I Were A Rich Man”?

Wouldn’t have to work much,

if I were a wealthy man.

Even though it is hard to believe, there is still an inherent cultural belief that money will solve all of my problems. If only I were a millionaire — Wow, life would be great! All of my problems would be solved. I would be so happy. I am speaking about intelligent, thinking people, who somehow get caught up in this myth– in this never ending pursuit of wealth – all the while thinking, at least in the back of their mind, that more money means more happiness. But it doesn’t work, because no sooner do they get more, then they need even more than that.

Here is an interesting statistic: Within one year of winning a major lottery jackpot, 80% of the winners are back at work.  Eighty percent! That means all of those people who for years were going on about how they “Just can’t wait to win the jackpot”. “Just one big one and I’m gone”! “You won’t see my face in this joint again.”  And within a year they are back.  Many at the same job they held before they won. But how could that be? All that was lacking in their life was money. And they knew that if they ever acquired some serious wealth their life would be so totally and completely different. Yet now they have it, and there life didn’t magically change. They didn’t, all of sudden, find this potion of unending joy and eternal bliss. Sure, for a while it was great; they couldn’t believe their good fortune. But after they bought the Mercedes, after they traveled the world, now what? They went back to life, back to the routine, and they were the same person now, as they were before.

It is hard to find any real correlation between more money and greater happiness. And while we all know that, we live our lives as if it weren’t true. We have been so socialized into this mindless acceptance of ‘more money equals more happiness’. But it doesn’t work. It falls short, it fails. It looks so tempting, so alluring. It seems that it will fill all of our needs and wants. But at the end of the day, we are just as thirsty; not for more money or more luxuries, for something else – we just aren’t satisfied.

The question that we have to deal with is why? What is it? I have so much, why aren’t I happy? I have a great job, a fantastic social life. I have unimaginable conveniences and luxuries. I have a home with straight walls and heat, with carpet in every room. Even my car is air-conditioned, so that I shouldn’t suffer while I drive around on an air cushioned, suspension system. I own the finest sound system, and I won’t settle for anything less then the highest quality CD recordings– it has to sound live.  I have wealth and well being that is simply astounding. And yet I am not happy. But why not?

But what makes this question even more profound, is that God created a custom made world with so much thought and focus, all for my enjoyment. All of the beauty of creation: from the brilliance of a sunset, to the lushness of a tropical garden, all of the colors and hues are there so that I should benefit.  All of the smells that we experience: from the gentle fragrance of a rose, to the aroma of roast beef, were put there for my benefit. All of the different colors, textures, and flavors of food all there for me to enjoy -yet I don’t enjoy them. Why not? What is missing?

What is missing is that all of these things only feed one part of me. Money and material possessions, honor and prestige, careers and promotions only feed one dimension of who I truly am.  If man were a horse then the formula for his happiness would be simple: Put him in a meadow, give him a bag of oats and a nice mare, and he would be happy. The problem is that man isn’t merely a horse.  There is a part of man that isn’t satisfied, can’t be satisfied with food and drink. There is a part of man that aspires far more out of life, and searches for significance and purpose. This part needs to live a life that matters and has consequence; it seeks out true meaning in life. Because of this, trying to make man happy by giving him more physical pleasure alone, just doesn’t work. It can’t work because it ignores one of the most basic needs of man. It is like drinking when you are hungry, for a while the feeling of being bloated subdues the hunger pangs, but within minutes the hunger returns, and now more intense than before.

We live in very sophisticated times and it seems that we know all of the answers to mankind’s problems. Yet it seems as if we have forgotten some of the basics tenets of being human. It’s almost as if we have lost some of the very underpinnings of life, and so with all of our material gains we just aren’t happy. To regain that we need a new level of understanding that begins with the most basic issues about being human: understanding the inner workings of the human personality.