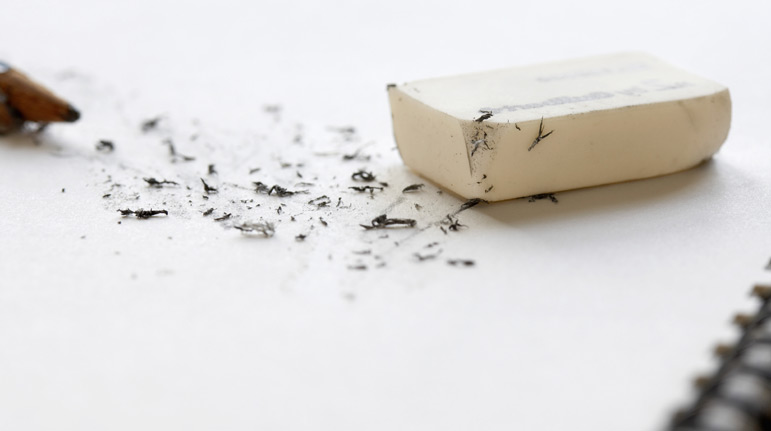 I never do anything wrong part 3

We humans have this uncanny ability to create entire world views, sometimes very whimsical ones, to justify what we have done. Rare is the man, who can look you in the eye, and say, I have done wrong. Most often what we hear is stories, stories that start with excuses and end with justifications, but always consistent with one theme: I wasn’t wrong. I was justified and correct in what I did.  And even if we get that rare I was wrong, very soon thereafter comes that ever present caveat, But…..

The question is why? What is so hard? Why can’t I just say, ‘This is wrong? It isn’t proper, I know I shouldn’t do it, but I want to do it, and I am going to do it anyway.’  Psychologists will use words like defense mechanisms, and self-protection, but this isn’t defending me against someone else, this is what is going on inside my mind, and no one else is listening. This is a conversation between me and me; so what is the problem?

The answer is that I have to rationalize my behavior to myself, because that part of me, my Spiritual Soul wouldn’t stand for me do anything wrong — it wouldn’t allow it. It’s that simple, I can’t do something that is wrong. So there is only one choice if in fact I want to do it– I must make it right. I must invent a theory or a way of viewing things that in fact turns something that is wrong, clearly wrong, into something that is OK.  “Listen, other people do it”. ”It can’t be that bad.” “Plenty of people do far worse things.” And if this activity is something that I do regularly then it isn’t enough for it to be OK, it has to become a good thing to do. I will create an entire thought process to explain, why this is not something wrong, this is really a positive act, and a service to mankind. A little mental sleight of hand, and now everything is permitted, everything is OK.

Ridiculous? Yes. Ludicrous? Most certainly. But that is us. That is the human condition, and it is time that we woke up to it. We never do anything wrong. Period. No matter what.

The most heinous villains whoever existed all had a self-redeeming philosophy.  They had a viewpoint, a way of looking that things that not only justified what they did, it made it a good thing.  Hitler didn’t say something like, ‘It is wrong to kill innocent men women and children but I hate them so let’s do it anyway’. He wrote an 800 page treatise, Mien Kamph, where he outlines, the world’s problems, particularly the problems of Germany, and how the Jews are the cause of it all. In his rhetoric it is a good deed to kill a Jew. ‘Much like when one kills a mosquito, one doesn’t feel remorse; it serves very little purpose in this world, it is a nuisance. So too when one kills a Jew he should have the same attitude. He should understand that he is helping rid Germany and the world of a plague, the poisoner of all people, International Jewry.’

What ever we may think about these people, they were humans. If we put them into the category of inhuman monsters, we actually take away a level of culpability from them. They were human, and that is what makes them responsible for what they did. Every last one of them was guilty of the most horrific crimes imaginable to man. But to allow them to do this, there had to be a system, a system that allows a human being, the height of creation, to willingly, knowingly commit demonic acts that we don’t have words to describe. For this to happen, there had to be built into man this ability to believe whatever he wants to, whether it makes any sense or not.

I don’t think that in the course of history you will ever find a man, who set his course to be evil. I don’t think the human being ever existed who said “I am evil, and wish to perpetrate only wrong doings”. Quite the opposite, every one, no matter how depraved, no matter how far down the  ladder of morality they sank, felt that what they were doing was right, that what they were doing was good. It had to be that way, because of the very manner in which God created man; man can’t do ‘bad’.

So Where does that leave us? It every path that we set out upon will become good in my mind, regardless of whether it is or isn’t.  If every choice that I make ends up being proper, because I have this inborn capacity to make everything right; how does a human truly know if her choices are moral and proper? And even more how am I to find my path in this maze that we call life?

To help us in this quest, God gave us a Torah, the one universal set of standards against which we can measure ourselves. Standards that don’t change with the times; and aren’t subject to interpretation based on our whims or moods. Standards that stand the test of time; because they were written to be eternal. Standards that aren’t prey to the passing winds of social reform; which views today’s ideas as progressive, and by tomorrow disparage them as antiquated.

It is the program that allows that part of us that fundamentally understands and only wants to do what is right in life, to surface, and gain primacy. Following the ways of the Torah brings a person to the heights of perfection. It is the one prescription that God wrote for the perfection of man. It is the one formula for man’s success, to bring forth all that is great in the man, allowing him to reach that potential for which he was put on this planet. We only need to reach out for the Torah and study its ways.