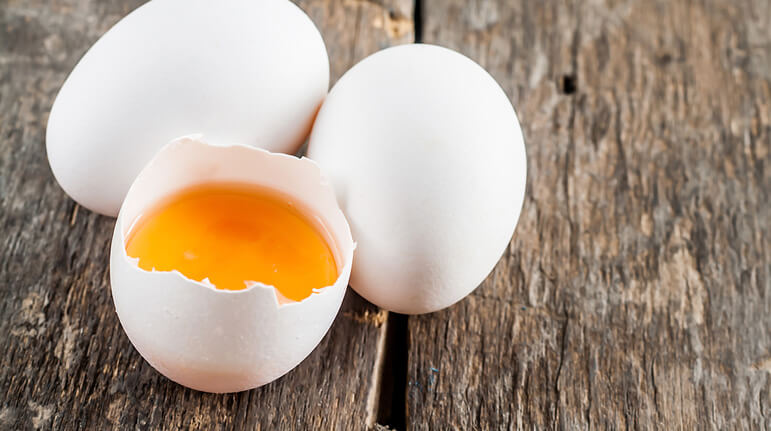 The chicken eggs that we buy in the store are similar to most eggs of most birds in the wild kingdom.  The egg typically has an outside the shell that protects it.  The white, the albumen that is mostly protein and cushioning, the yolk, which is the main food, nourishment source for the growing chick, and then a very small white spot in the center which is actually what becomes the egg.  Inside the hen, the germinating disk is placed right into the yolk, the yellow part.  As that part goes down the duct, if that hen had been with a rooster it becomes fertilized.  Then the outer part, the white part begins forming around it.  More membranes are placed around it to keep it secure and as it goes down the oviduct eventually it’s covered with that white calcium rich outer shell which hardens and within about one day the entire process is completed and the egg is laid.  If in fact that egg is fertilized the chicken will keep it warm, it will incubate it and the chickling will form inside the egg.

The eggshell has to be hard.  It has to support the weight of its mother sitting on it.  So the problem is the chick is very weak.  It’s arms; wings are pinned in against the shell.  How does it get out?  Right before it’s ready to be born an egg tooth forms in its mouth.  A sharp tooth begins forming and just at the point when it’s mature and it’s ready to enter the world is an instinct in the chick that it begins pecking against the hard shell with its egg tooth and it makes a circle and eventually pushes its wing.  That circle is a crack, the eggshell opens up and the chick comes out fully alive, ready to take it’s place in the world.

And when you study the systems and then you study the wonder of it and you realize that all of this forms away from man’s eye.  All of this has been prepared ahead of time.  The yolk to be the nutritional part that the chick needs, the outside white to be the cushioning and the egg tooth to allow it to crack — you begin to see the wonders of creation and you begin to see an eye glimpse to the wisdom and kindliness of our creator.