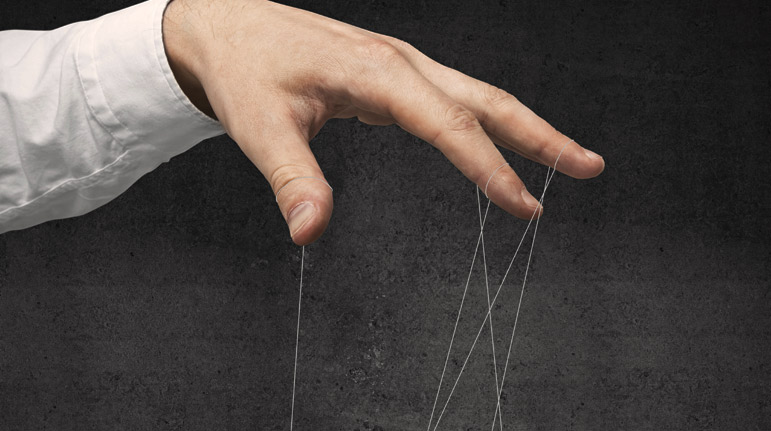 Imagine you’re at a puppet play after the play is over. And you see all of the puppets lying there. They’re all attached to the strings, and you see them all arranged. And there you see the wicked, wicked tyrant lying there. The scariest puppet in the play. Now, an hour ago during the play he was on his strings, the marionette, screaming and yelling and threatening, and all the other puppets were filled with fear, oh my goodness, the powerful king. But when the play is over and the marionettes are put down, you see that he’s nothing but wood attached to strings being pulled.

When a Jew reads a newspaper he’s supposed to understand these very scary men, with all of their threats, are but puppets pulled by a master. Hashem runs the world, Hashem brings these scary puppets onto the scene to threaten, to scare us, but the reality is they have no power. Should I be afraid when I read the newspapers? Oh, yeah, but not about the puppet, about the puppeteer. I have to ask myself what does Hashem want me to learn from this? What does Hashem want me to absorb? The puppet is powerless, the puppet is inanimate, but there is a puppeteer, there is someone behind pulling the strings. And when I read the newspaper I have to recognize who is the puppet and who actually is pulling the strings.