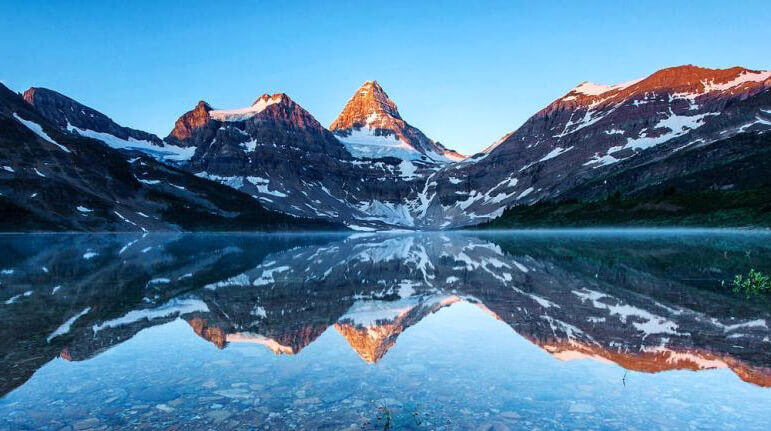 God created each animal in the wild kingdom and gave them the tools, the aptitude and the inclination to find their means of support.  The robin hungers for the worm.  The cat hungers for the mouse.  It doesn’t go through the process of thinking based on my nutritional needs as well as the general availability I think I’ll chose the earthworm as the staple of my diet.  The robin has an instinctive hunger for the worm.  The cat has an instinctive hunger for the mouse.  As God put all of the inclination into each animal to earn its livelihood God so too gave it the tools and the inclination and aptitude to then earn its keep.

If you’ve ever seen the bear — brown bear is huge and very, very hungry.  It’s going to eat in the summer enough to keep it going in the winter.  It’ll hibernate.  It’ll often times put up to 25 percent more body fat on its body during the summer months and it’s ravenous.  You could watch the bear sitting there upstream as the salmon jump and the bear just reaches out.  His sharp claws four inches long pierce the salmon and he pops it into his mouth.  The next time you’re in a lake try this — try to catch a fish.  Try to reach for it.  Try to grab it.  Not only are you going to be too slow, if you ever actually connect you’ll find it’s covered with slime and you can’t grab it.  The bear swipes, eats it easily.

The bat flies — many bats effectively blind.  Yet with echolocation they’re able to track down the fly.  They’re able to pierce it with their two outer teeth.  They pierced with their fangs the exoskeleton of the small insect.  They ingest it.  An average bat could eat as much as half a pound of insects in a night in almost total darkness tracking down, catching, in its mouth, and eating — consuming these animals.  When you see each animal given the inclination, the aptitude, and the tools to earn its keep you being to understand the wisdom of our creator.

The pelican was given a big, long deep mouth.  It’ll scoop into the water and grab two gallons worth of water.  Within that water is many fish.  The pelican is a natural fisherman hence the pelican has an easy way to earn his diet.  He’ll just scoop into the ocean; grab two gallons worth of water.  The water filters out through the holes in the bottom of its beak and whatever fish are in its mouth it then will have the opportunity to eat hence it has an easy way to earn a living.

The eagle also loves fish however the eagle is a poor fisherman.  The eagle has no way to grab the fish out of the water but the eagle was given a different strategy.  The eagle will stay up thee floating about a mile high in the sky.  From a distance it can spot something the size of a dime.  It waits fro the pelican to dive.  The pelican dives into the water, opens it’s beak, takes in a big gulpful of water and fish and the pelican emerges, the water drips out.  And at that point the eagle pins its wings in, makes a tail dive flying up to 200 miles and hour straight at the pelican

The pelican hears something, looks up.  Either I give up dinner or I am dinner.  The pelican will throw the fish up in the air.  The eagle will grab the fish.  Pelican flies away.  Then the Eagle will turn the fish head first so it’s aerodynamically sound and it’ll flap it’s wing bringing that fish back to it’s babies to eat.

When you study the wisdom that’s so clearly invested in this creation — when you study each animal given the aptitude, the skills, the inclination to earn its keep — each without teachers but each perfectly programmed you see the capacity of our creator.  You see the greatness of our creator and you see what he has brought forth into this world.