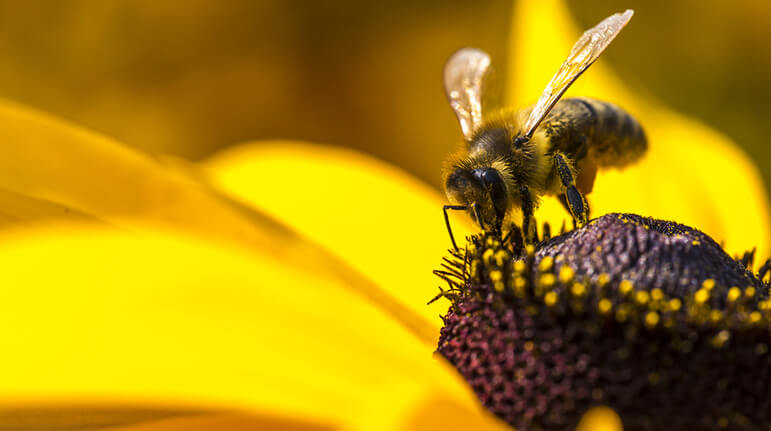 Each animal in the wild kingdom was given not just the ability to survive, the tools, the aptitude, and the inclination to earn its livelihood, but a manner and a means to protect itself as well.  Some animals were granted great speed.  Some were granted the ability to camouflage themselves.  Each of the animals as well as each of the insects were given a way to earn their keep and protect themselves in their existence.  The bee was given a very interesting feature.  The bee was given a stinger.  When the bee colony is attacked or an individual bee feels threatened, the bee will raise its abdomen and will insert the stinger into that animal or that person.  The bee will then fly away and the bee’s stinger will then rip off and the bee will then go to its death because that organ is vital to its survival and it rips off its abdomen and the bee dies.

But it’s an amazing thing to watch what happens when the bee flies away.  The stinger enters into the flesh and then the outer part of the stinger, which is sharp, is implanted.  At that moment on the back of the stinger is the muscle which also ripped apart and that muscle begins vibrating inside the syringe that actually entered the flesh is a serrated blade.  The muscle by squeezing pushes that serrated blade further in when that digs in it pushes the whole syringe in deeper and deeper.  Once a syringe is in deeply enough so that the poison can be effectively inserted into the blood stream then that muscle on the back changes its formation and begins squeezing in a pulsating manner.  What that does is that takes the poison from the poison sack, puts it down the syringe and inserts it into the blood stream of the animal or the person that was stung.

The complexity of a bee stinger is astonishing and if you study how the bee’s venom stops the flow of electrons that allow neurotransmitters to send signals to one another and you study the different parts of the bee’s stinger and the syringe, and the outside you say to yourselves this is wondrous.  This is astonishing.  And when you study the wonders of the world you begin to see the wisdom, the greatness of our creator.