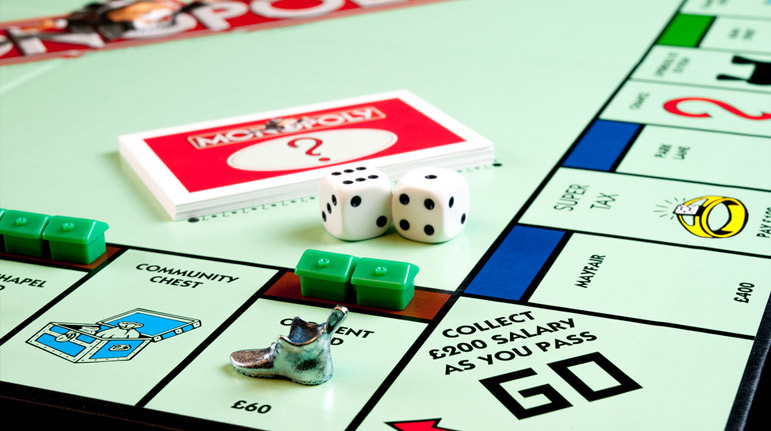 Imagine there’s a fellow who hears that his eight-year-old son isn’t doing so well. Oh, health wise he’s fine, but in terms of making friends, in terms of learning to get along with the other fellows, he just doesn’t seem to get it. And one day the principal calls him into school and says you know, your son has social integration issues; he just doesn’t know how to act. So, the father, taking his responsibilities seriously, enrolls him in a course to learn social skills. And the father gets involved himself.

As a matter of fact, one day the father takes off work and invites his son and his friends together and they’re all sitting on the floor playing Monopoly. And the father notices something very interesting. You see, all the boys take their turns, but all of a sudden there’s a siren ringing outside and the father notices that the son reaches into the bank. When all the boys look out the window to hear the siren, his son pulled a $500 bill out of the bank. A few minutes pass and there’s a doorbell that rings, again the boys look up, and again his son pulls $1,000 out of the bank. And it happens a third time.

Finally the father brings his young son into the kitchen and says Dovid’l, I couldn’t help but notice that when the boys were looking the other way by mistake somehow some of the money from the bank ended up in your pocket. Would you mind explaining to me how that happened? And the little boy looks up to his father and says Totty, last night I heard you and Mommy talking in the kitchen that you need money. Totty, here, this is for you.

But like that little boy whose father took off time to teach him to be a mentch (upright person) but the boy sort of learned the wrong lesson, in fact he learned the opposite lesson, many times we go into the workforce and think we’re going to cheat the system. We’re going to earn more money, we’re going to shade the truth a little bit, but it’s okay because we’re doing fantastic things with our money. Hashem doesn’t need our money. Hashem gave us that opportunity to grow and accomplish, and if we lie, steal, and cheat it’s not just that we’re not going to earn more money, it’s not only that we’re not going to do Hashem a favor, we’re wasting our nine to five. The only reason why Hashem wants us to work is so that we can grow. We can grow in seeing Hashem involved, we can grow in emes (truth) and ethics.

If I’m blowing it, it’s not just that I’m not going to make more money, I’m wasting the entire nine to five, the entire reason I’m working. Understanding that Hashem wants us to work for a reason, because it’s an opportunity to grow, an opportunity to be tested, allows me to understand exactly that which is supposed to be will be. My job is to use the world properly, to be an ethical, honest Jew, knowing that Hashem will determine exactly what outcome will come about.