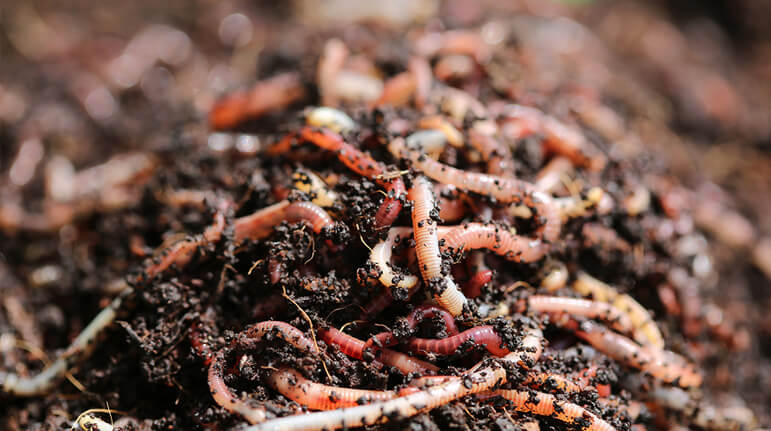 If you’ve ever walked on a country road right after a rain you’ll note that it’s very muddy.  You see, the water comes down, hits the road, mixes with the dirt and it creates mud puddles and a real mess.  So, I have a little question to ask.  Why is it that when you walk in the field you don’t see puddles of water?  Meaning to say imagine we just experienced a summers thunderstorm.  Millions of gallons of water were dropped on this area.  Yet you don’t see lakes forming in the cornfield.  You don’t see huge puddles.  As a matter of fact, the water doesn’t seem to be there.  What happened to those huge amounts of water?

And what’s very interesting to note is that the ground that trees, plants grow in is not actualy solid and strong at all.  The Earth is actually made up of micro tunnels — millions, probably billions and billions of micro tunnels — and much like a sponge that you out under the kitchen sink, the water is absorbed into the various little tunnels and the reason why that sponge becomes heavy is because all of those inner tubes get filled with water.  The Earth that you walk on that grows plants and et cetera is filled with billions and trillions of tiny, tiny little tunnels so that when the rain hits the surface it enters those tunnels and goes all the way down, all the way down infiltrates the entire area, begins going down beneath the surface and goes down to the roots of the plants and the trees, et cetera and all of it is absorbed into the ground beautifully.

Now, you may wonder where does that intricate system of tunnels come from.  So, Charles Darwin actually provided for us an answer.  You see, he did a little estimation.  He took the average amount of sheep that an acre of land could sustain and imagine for a moment you took those sheep and you weighed them.  He proposed that the amount of aphids and earthworms within the Earth weigh about as much as the sheep that can be sustained on that land.  Meaning to say if you dig up under the ground, you’ll see insects, worms, aphids all day long tunneling.  An earthworm spends its life eating dirt and expelling it out the other side.  All day long it tunnels and tunnels and tunnels so that when it’s finished there’s a huge underground, tremendous amount of tunnels created and the reason why the water actually penetrates and doesn’t puddle is because the Earth is like a sponge created by an army of insects, worms, aphids — that create this tremendous tunnel system so that when the water hits the surface it’s absorbed in then brought to the roots not only of the plants, of the trees, all the way to the depth.

And when you study that and you recognize the wisdom that was invested into this creation you get an eye glimpse as to the capacity, wisdom, and greatness of our creator.