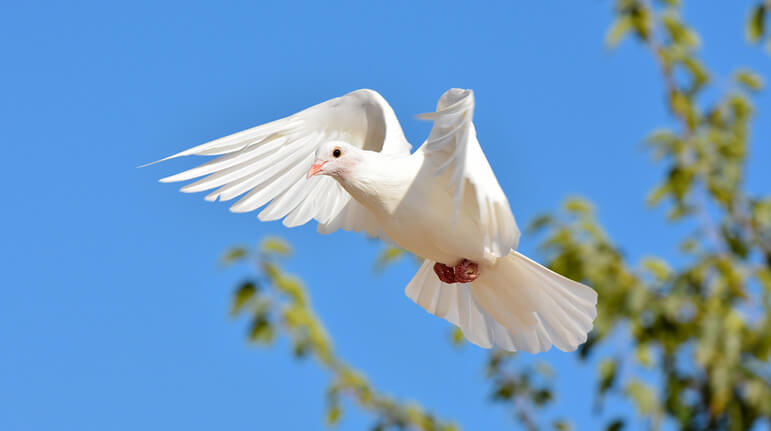 There’s an expression that we bandy about.  We use the expression birdbrain.  If we wanted to discuss someone who is limited intelligence he, she is a birdbrain.  But interestingly enough the bird’s brain isn’t necessarily something to be made fun of.  I tend to forget things yet there are species of birds that will bury seeds and remember the spot they buried them in from season to season.  But not one or two seeds.  Scientists have recorded a bird burying 25,000 seeds in 25,000 different spots, the next season coming back and finding each of the 25,000 spots where it had buried the seeds.  Not bad for a birdbrain.  But even more interestingly, if you study something called he homing pigeon — now in ancient times the homing pigeon was used to send messages back to the home.  Meaning to say you sent a legion out to war and you had to get messages back in success or failure, you would take a pigeon that grew up in Greece or wherever it was.  You took it out to the front hundreds, thousands of miles away it would know to fly back to it’s home spot.  Now, how to homing pigeons know how to find their way back?

Scientists have taken homing pigeons, put them into the trunk of a car, driven the car in circles, back, forth, forward, back  — in every which way to confuse the bird and then opened the trunk hundreds of miles away from it’s birthplace.  As soon as they open the trunk the homing pigeon heads straight up and makes a beeline directly back to where it was born, where it was homing for.  How does it do it?  So, scientists tell us that within the brain are trace elements of lead, within the bird’s brain, it follows the magnetic poles but not only does it follow the magnetic poles, it knows exactly where it came from in relevance to where it is now.  It’s not hundreds of miles away.  The route that got it there was backwards, forwards, around and forward.  It doesn’t matter.  It recognizes where it is and understands where it needs to get to and instantly heads back in that direction.

And when you study some of the features that are invested into the wild kingdom you see the majesty, the might, the wisdom of our creator as its manifest in the world that we live in.