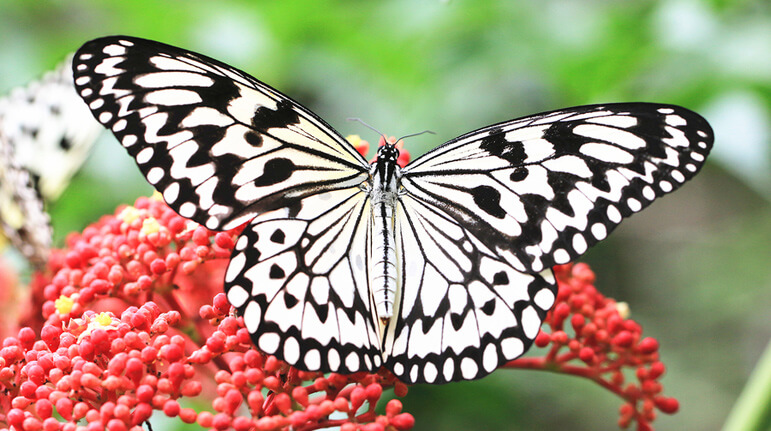 The butterfly is a wondrous creature.  Effectively the body of a small caterpillar with a large wings for its size it can fly vast distances.  So vast, in fact, that scientists have measured flights of over 1500 miles.  As a matter of fact, on a regular basis, monarch butterflies begin a migration trail from Northern Canada all the way down to Mexico and amazingly there’s a particular beach in Mexico where every year millions upon millions of Monarch butterflies land and spend a few days there, mate, and then go on for the rest of their lives.  And what’s especially astonishing about the fact that these millions of butterflies all land on the same beach is how do they know how to get there?

You see we — modern man — have something called GPS.  I can plug in the coordinates and in the sky the satellites will coordinate for me where to go and how to get there.  But the Monarch butterfly flies at night, flies in the rain — how does it know where to go?  So scientists now speculate that within the brain of the butterfly as well as birds there are trace elements of lead.  The poles — North Pole and South Pole are magnetically charged and they follow like a beeline that path to where they’re supposed to go.  But astonishingly the Monarch butterfly doesn’t have a very long lifespan.  It will only last maybe eight months.  And yet, it makes this migration trail from Northern Canada all the way down, will land on that same beach generation after generation even though that particular Monarch butterfly had never been there before.  Meaning to say it was born in Northern Canada.  It’s going to now fly some 1500 miles or more but it’s never made that path before.  It’s only going to last one season.

Yet millions of them are vested with the wisdom and understanding to follow the magnetic poles, to follow the path, all land on the same beach for them to continue their existence.  And again, when a person studies the wisdom that’s invested in the wild kingdom they see the wisdom and capacity of our creator.  If this is the creation what does it tell me about my creator?