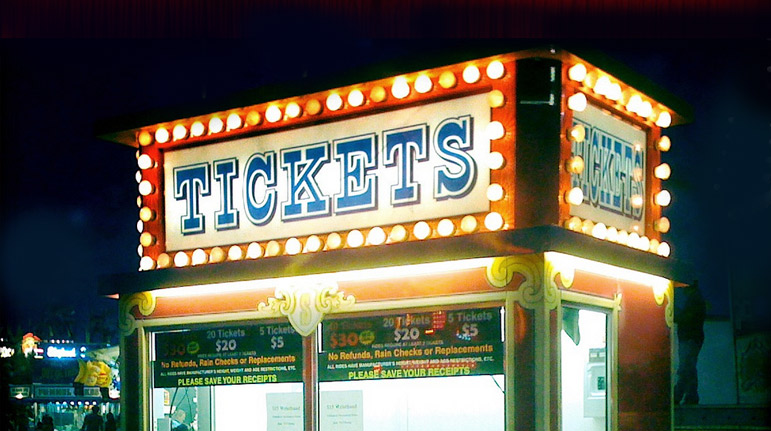 Oftentimes people attribute their success to decisions, whether it be investment decisions, career decisions. I decided to go into this area, into this business. And even though they understand that at some level Hashem is behind it, they end up trusting in a very real way in the sibah (cause), in what seems to them to be the cause. And a person has to understand that it’s not the cause in the sense of a sibah; it’s Hashem behind the scenes.

One of the things that’s difficult to remember is that it’s completely, totally not dependent on what my eyes tell me. It’s not the sibah; it’s Hashem behind it. And Hashem can bring these results in any which way.

A mashal (parable) to this would be the following. Imagine you’re in Great Adventures on Chol Hamo’ed (intermediate days of Sukkos or Pesach). And you see that there are many ticket booths. But this situation is a little bit different. You have an envelope and inside the envelope is written a number. Each person stands on line, you present the envelope to the person in the ticket booth, that person opens the envelope, reads the number, and whatever number is written on that piece of paper is the dollar amount he gives to you. Now, you get to choose — this ticket booth, that ticket booth, this one or that one, but whatever number is on your envelope is the dollar amount that the person has to give to you.

So imagine you’re sitting there and you say you know what, 15, that’s a good one. And you wait on line and person after person, but you get up to the ticket booth number 15, you hand your envelope to the fellow in the ticket booth. He rips it open, he looks at the piece of paper, and he begins counting out thousands after thousands after thousands of dollars. And you say wow, you’re great, I love you! You, Mr. Ticket booth guy, you’re the best; you gave me all this money, thank you so much! It would be foolish. Why? Because the man in the ticket booth has a job to do. He has to read the ticket and give me the exact dollar amount that’s written on that piece of paper.